Introduction to my research

My research mainly focuses on the modeling of investments and policies for a future low-carbon electricity system with the integration of large-scale variable renewable energy (VRE) for the North Sea Region. According to the EU Roadmap 2050, the power sector is expected to mitigate nearly all its CO2 emissions by 2050. To achieve this goal, more and more wind- and solar power are invested in Europe for electricity supply. An electricity system with a high penetration level of VRE such as wind and solar may bring more challenges in load balance and system operation due to the intermittency of VRE resources. In regard to this, the main objective of my research is to use energy system models to investigate which generation technologies and variation management strategies would be cost-effective to invest for a future low-carbon electricity system [1]. Over two years’ PhD study within the ENSYSTRA project, I have the following thoughts and reflections on the sustainability and ethical perspectives of my research.

General sustainability and ethical perspectives on my research

Using renewable energy to replace fossil energy in the electricity system will reduce both air pollution and CO2 emissions. This is well in line with the sustainable development goals (SDGs): Affordable and clean energy, Climate action, see Fig. 1. Renewable energy can provide people with affordable and clean energy to guarantee human needs for both residential life and economic activities, and meanwhile has much less negative impact on ecosystems as compared with fossil energy. I regard renewable energy as one effective measure to facilitate sustainable development, as it provides synergies for different SDGs. Furthermore, renewable energy can provide a new development pathway for developing countries, different from the fossil fuel-based pathway in most of the developed countries. As described by Hedenus et al., three aspects can be distinguished for sustainable development: end, means and preconditions [2]. Indeed, energy is part of human needs. It is hard to imagine a life without energy consumption for even one day. Besides, energy has been widely accepted as one of the key preconditions for economic growth, which is an important means to reach the end of sustainable development. Therefore, it is clear that my research in renewable energy system contributes to sustainable development. However, every coin has two sides. The research output in my field might face problems in the real world, such as social acceptance and uneven allocation of generation infrastructures.

In my research field, energy system optimization models for long-term investment planning are widely used to generate insights for policy analysis and decision making for the future electricity system. However, the economically optimal solution might face problems of social acceptance. For example, a plan for the future electricity system with a large scale of nuclear power might be declined by the general public due to the perception of nuclear leakage. One reason for this is that the planning approach lacks social participation. According to Hedenus et al., a well-functioning nation makes collective decision-making possible and supports human needs for autonomy by providing the opportunity to participate in decision-making on collective issues [2]. The enhancement of public participation in environment and development decision-making is an essential characteristic of governance for sustainable development [3]. For me, planning the future electricity system without social participance is not democratic although it might be technically feasible and economically optimal. Democracy is an important precondition in the social dimension for sustainable development. The planning of future electricity system without social participation in the approach might face obstacles in the acceptance of the final results. 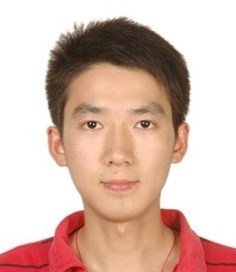 Another important reason is people’s preference. With the urgent climate change issue, more and more people are agreeing to use renewable energy to decrease our dependency on fossil fuels. Besides, there is a choice related to renewable energy itself as well. If we cut down a wild forest and use the land to yield energy crops, the man-made capital is increased, but an ecological resource is heavily affected. Here we can see the conflicts between economic and ecological dimensions of sustainable development. Should we prioritize the economic dimension and compromise the ecological dimension? Again, this relates to preference, a preference between weak and strong sustainability. Those who support weak sustainability will agree to replace forests with energy crops, as far as the increase in man-made capital can compensate or surpass the loss in natural capital. They hold the view that there is a high level of substitutability for natural capital. Those who advocate for strong sustainability hold the opposite opinion and take zero loss for natural capital. For me, whether nature should be chosen as the production factor in the economy or not depends on the specific location and the specific time. For example, fifty years ago, a piece of forest land in China is most likely to be developed as farmland to feed hungry people. The same land might be preserved as a natural park today. Human needs develop over time. Apart from economic value, nature also provides social and cultural values. It is obvious that different people have different opinions about how important nature and nature experiences are to humans’ well-being. For me, I am supportive of renewable energy, but I also cherish recreational activities, outdoor space, peace and quiet provided by nature.

Another issue is the uneven allocation of generation infrastructures. This happens both between and within countries. The main reason for this is that renewable energy resources are not evenly distributed by nature. From a social planner or central investor’s perspective, the cost-optimal generation capacity allocation is desirable as it minimizes the electricity system cost. However, such a strategy may result in concentrating investments in renewable energy generation to few sites with the best resource endowments. This will result in an inequitable distribution of benefits and burdens on the general public. For regions with good resources, there will be large investments and job creations, but large land has to be adopted for generation infrastructures. For regions with poor resources, people have to rely on importing electricity and face potential energy security risks. This could raise public concerns and increase policy implementation risks. Fairness is part of the SDGs and it belongs to the preconditions to meet the needs of all humans. Sustainable development involves fairness both between rich and poor parts of the world and within countries. Let’s first forget about whether the planning process is procedural fair or not. It is clear that the planning results have the problem of outcome fairness. Personally, I am in favor of fairness in both outcome and procedure. If I have to prioritize one, I would choose outcome fairness, as the unfair issue arising in the procedure can be complemented with other measures, such as redistribution tax. However, one should be clear in mind that measures for secondary distribution are generally easier to implement within one country than on the continent level, such as the European Union. Of course, it is hard to realize an absolute fair allocation given the heterogeneous nature of renewable energy resource distribution. Still, it is important for planners to take care of the issue, bringing more fairness in the planning phase, and promoting equality of opportunity [4] for the general public in terms of renewable energy. Hopefully, in the end, more people can have the same opportunities, which, in the long run, leads to less inequality.

If you have any questions of queries, please direct them to the author Xiaoming Kan or the ENSYSTRA Project Manager Dirk Kuiken or Deborah Groeneweg.

Research: Modelling of Policies and Investments for a large-scale Introduction of Variable Renewable Power Production